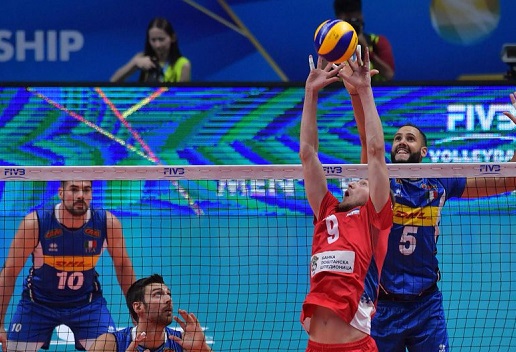 The International Federation for Volleyball, or the FIVB, convenes the World Championships every 4 years. This is the sport’s oldest international event, and is an indoor competition for men’s and women’s teams. It was established soon after the FIVB was founded in 1947 and the first edition was played in Prague in 1949. The games were soon expanded to include women’s events and teams from all over the world rather than just European nations. In 1970 African teams took part in the Championships and the original vision of having members from the confederations of all 5 continents in the completion was realised.

As the game has become more popular all over the world, the number of teams competing in the Volleyball World Championships has grown and is now set at 24. The men’s and women’s events are sometimes held by the same host nation, although they both demand such organisation that they are usually overseen separately. The event is second only to the Olympic Games in terms of the dedication it demands from players and the prestige it brings to winners.

As different teams were added or removed from the programme the competition formula of the Championships changed to accommodate the numbers, but the rules for the set 24 teams are now established. The qualification procedures for the Championships are rigorous and stretch over 2 years, as overseen by the Federation, but host nations are always pre-qualified to play. Other teams have to get through several qualification tournaments, depending on where they sit in the FIVB World Ranking. This generally means that high-ranked teams need to play only 1 qualifying game, while low-ranked teams have to play up to 3. The FIVB also determines how many spots are available for each confederation, with the highest amount usually reserved for Europe and the lowest amount for Africa or Europe. The line-up restrictions are tight and strictly enforces, and allow only 12 players with no replacements permitted, even in the case of injury. 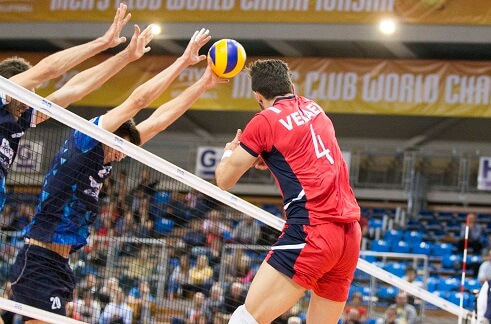 The Volleyball World Championships themselves are divided into a preliminary round and a final round, with more intermediary phases added if required. The teams are organised into pools in the preliminary round, with every side paying every other side in its specific pool. Once all the preliminary matches have been played, the top teams go through to the next round. These subsequent phases have had different formats over the years, but it is now generally agreed that there should be an Olympic format to the semi-finals and finals at least. There is a little more leeway in the quarterfinals, which may consist of direct confrontation or of groups of teams going against each other.

These World Championships are now supported by millions of players and spectators all over the world, and are a strong testament to how the sport has grown in popularity and recognition over the years. Looking back at past winners also gives insight into the game’s expansion and development; the champions were predominantly European to begin with, but the victors are now more evenly spread over all nations. The oldest organised tournament in Volleyball seems set to keep going and furthering the sport.